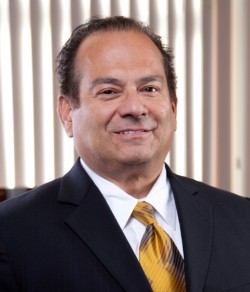 “I was concerned with two things,” Cambria, now a senior partner at Buffalo’s Lipsitz, Green, Scime, Cambria, LLC, says. “What types of adult material were getting prosecuted, and where?”

In the month following the Supremes’ anointing of Bush, Cambria’s client asked his attorney to document some adult topics that might be vulnerable to the onslaught of obscenity litigation that the Porno-American community feared was just around the corner.

“It wasn’t a list of things that I thought were obscene or not obscene,” Cambria says. “It was just what (had a history of) being prosecuted.”

But Cambria says that people often confused his data set with his personal preferences.

“What ended up happening was that people would say, ‘Well Cambria said not to do this or that.’ I took some guff for it.”

Filming actors “who happened to be having sex” was decriminalized with 1988’s landmark California v. Freeman. Prior to that, says Bob Chinn, director of numerous “Johnny Wadd” movies starring the late and legendary John Holmes, “we’d just tell the actors to meet us in a parking lot somewhere and then drive off in different cars in case the cops were out to bust us.”

While tamer, couples-friendly, condom-wearing outfits like Wicked might have regarded Khan Tusion, et al as outliers, the extreme material was selling. This left establishment pornographers like Larry Flynt nervous that the DOJ was going to find some easy targets.

“We toned down the magazine drastically,” says Ernest Greene, editor of Hustler’s graphic fetish publication Taboo, which in 2001 had a circulation of 100,000. “For three years the proofs would come back with [Cambria’s] red-lines and annotations: ‘I would not do this.’

“Most people operated under an excess of caution,” Greene says, recalling a film he directed in which a man has just pulled his penis from a woman’s anus — which was fine — but then the woman looked at the penis for 12 seconds, waiting for it to be placed in her mouth — which would not have been fine, as Ass-to-Mouth (ATM) was “on the list.”

“I told my cameraman to cut away,” Greene says, “and we were instructed to cut those 12 seconds of anticipation of ATM.”

Cambria notes that Bush-era obscenity charges were not brought against “those who did not produce the material (listed),” but he also suspects that line items may have been added by certain producers “in (my) name.”

“Yes,” Cambria says. “The King James Version (of the list) was shorter.”

Regardless, the expected avalanche of DOJ obscenity charges did not materialize aside from a few high-profile cases. The first arrived shortly after Extreme Associates founder Robert “Rob Black” Zicari appeared on the PBS program “Frontline” in 2002 and issued a Bush-worthy “Bring it on.”

U.S. Attorney Mary Buchanan, who prosecuted Zicari and his then-wife, Janet “Lizzie Borden” Romano, said the “Frontline” interview was “very helpful for law enforcement to be able to assess what Rob Zicari’s intent was. What we learned from this interview is that Rob Zicari intended to violate federal law.” 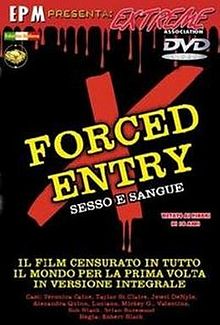 Has something changed? Is it Obama?

“But this has always been a self-regulating, self-policing industry,” adds Bruce Whitney, director of New Product Development for Adam & Eve Pictures. “Ever since Traci Lords forged her ID. The industry is full of people who want to make money and not break laws.”

“I have never heard of this list,” says director Jacky St. James.

St. James says that her movies are distributed in a number of forms, such as via Video On Demand on sites like Gamelink.com, but also as traditional DVDs, “and it is the distributor that says Yes or No” to the content.

For example, there is a scene in her “Sexual Liberation of Anna Lee” in which the main character is pictured bound at a clinic and her caregivers touch her sexually.

“I even made a point to have the character sign a waiver saying that her [caregivers] could do anything they wanted,” St. James says, “but [the distributor] thought it was too risky.”

Adam & Eve’s Whitney says all material created or distributed by his North Carolina-based company must first pass an internal review before being vetted further by a panel of three actual therapists.

“It’s got to be consensual, mutually beneficial, and [the panel] really pays attention to the characters’ sobriety,” he says. “There can be no intentional demeaning of women.”

[Indeed, former Adam & Eve contract star Carmen Luvana once told me that “I can call myself a dirty slut on camera, but if another person calls me a dirty slut, we have a problem.”]

“No one ever arrested me for liking black cock,” she says.

I originally wrote parts of this story for Salon.com and some of it appeared on Gamelink.com.