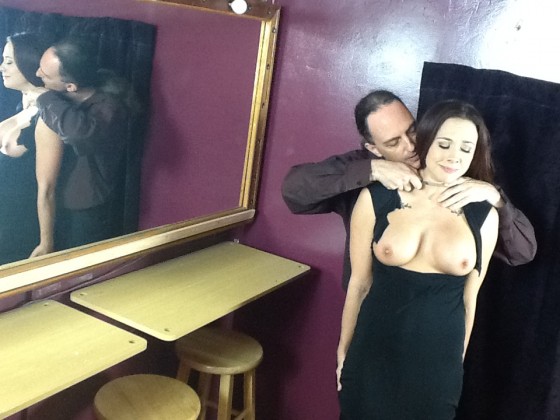 “I don’t eat those blue M&Ms, so I’m not gonna come out ready to go,” Woodman tells Preston as they compare costumes (he’ll be in a Freddy Krueger outfit, sans mask, top honor the recently-departed Wes Craven, and she’ll be in a tight white dress).

“What do you — ? Oh, I get it,” she says. Because Woodman won’t be popping a Viagra before the scene, Preston might have to work a little harder despite limited mobility, as she’ll be bound. 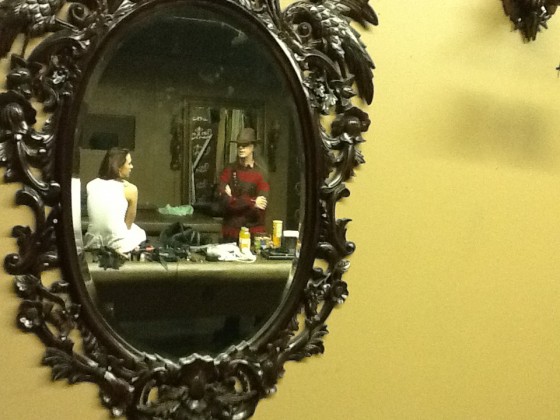 Woodman regularly teaches rope bondage at Threshold and other venues. He picks up job lots of rope for the occasion, dyes it, and cuts it into lengths for students and filming. When he hoists a bound, masked Preston later (she is playing a superhero in peril and he is a fondling bomber), he makes sure the ties support bone. It’s elegantly done.

“Mainstream studios are very concerned with the appearance of consent in movies,” Woodman is saying. He’ll make custom videos for fans who want to see particular scenarios — and who pay for the personalization — and other videos (“When I put the money together”) that have broader themes, such as today’s shoot with Preston. But they all fall under the heading of Consensual Non-Consent. “Mainstream companies say she can’t look like she’s being forced. But this fetish is Force Fantasy and there’s a market for it.”

I ask if Woodman’s customers require a stringent attention to detail. I recall a Foot Fetish shoot I attended in which the director knew he’d catch hell if he showed French tips.

“Not really,” Woodman says. “Some people will say ‘Her wrists shouldn’t be bound that way,’ but if you’re looking at her wrists, you’re missing the bigger picture. Or the chloroform people will say, ‘She wouldn’t pass out that way.'”

“There are ‘chloroform people?‘”

“There’s all sorts of people, Gram,” Woodman says, then offers Preston and me some homemade coffee. It is delicious. 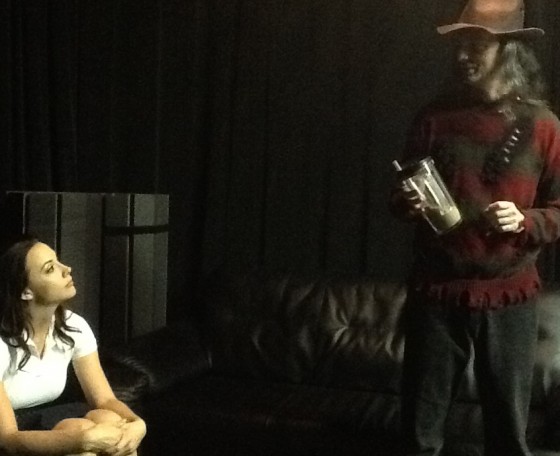 When I regain consciousness, I watch several scenes being filmed in adjoining rooms: Preston as a dozing student being grazed and groped, Preston in a dream sequence dress being menaced by Freddy Krueger who binds her to a chair and forces her to fellate him, Preston as a socialite assaulted by a party guest in her own bathroom, and superheroine Preston bound and hoisted by a perv bomber.

Each scene takes about 20 minutes to shoot. Woodman is assisted by cameraman Jon White, who lights each room quickly. Only once is there need (or room) to change the position of the camera.

“I would never wear stockings with this outfit,” she says when he asks.

“You’re the girl,” he says. “I’m going to defer to you. Condom or no condom?” (Preston will blow him when he’s Freddy but be fucked by him when he’s the party guest.)

“I prefer No Condom,” she says.

“What about kissing?” he says.

“Oh good,” he says. “I find I can fuck someone in the ass, but all hell breaks loose if I kiss her.” 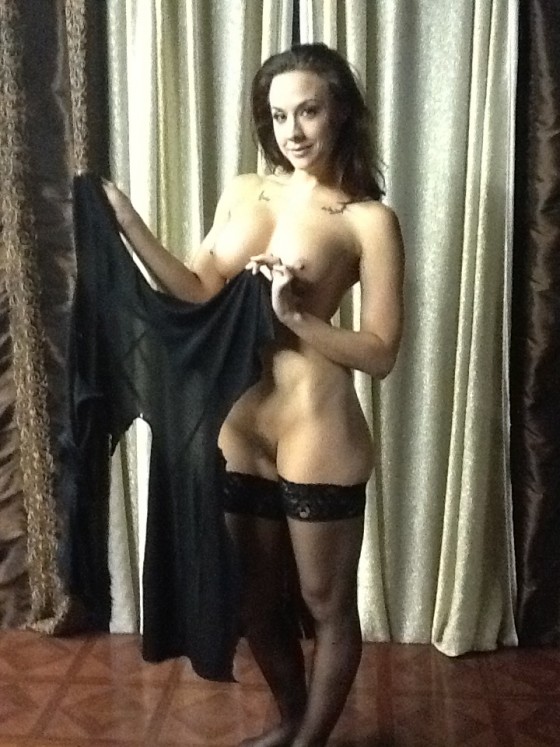 I stand in a toilet stall for the Party Rapist scene, then it’s time for Bat Chanel.

“You’ve got to make sure you cut rope in lengths appropriate for the human you’re tying,” he says, sorting the coils. “And when you’re shooting for film, you always tie the hands last.”

“Because binding the hands sends a panic signal. Your capillaries expand. Your nose itches! That would be torture right there: an itchy nose on film.” 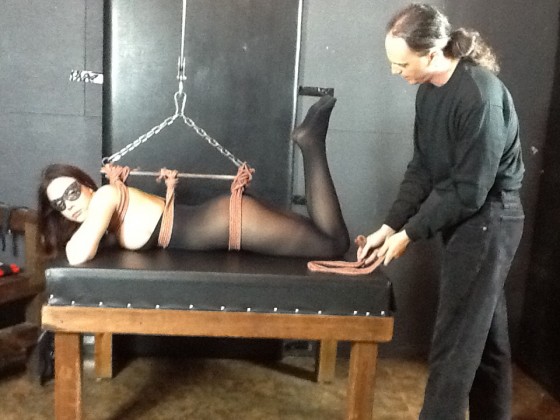 After checking with Preston several times to see if she’s OK, Woodman ties her under her armpits, ribs, pelvis, and ankles, then ties her ankles to her butt and, then, finally her hands. The ropes are secured to a convenient suspension bar, which Woodman pushes a button to lift.

“And I’m not even murdering you on camera,” Woodman says, leaving the bomb for her to fidget above. “It’s only assumed murder.”