Here is a hairless and hypoallergenic Europorn starring Lola Reve that I watched a week ago and had forgotten within moments of watching it, but that doesn’t mean it wasn’t good — it just means that all those people are like 32 now.

“These girls have a burning desire to get you off!” reads the boxcover copy of the fifth installment of stylish Europorn series “Hardcore Pleasures.” “They don’t play games, because they don’t have a minute to waste when it comes to getting their pussies stuffed with hard cock!”

Well Yes, OK. The great thing about this movie — if you are into that sort of thing — is that, apart from a couple of universal “Yeah”s here and there, there is no talking. There is not even a soundtrack. But that doesn’t mean that these five scenes lack chemistry; we are just spared wordy setups that might go wrong on the way to the fucking.

Five spare and shaved Eurovixens take on five skilled and respectful but uncredited dudes, mostly in the same house and on the same white sofabed. Everything looks so clean and elegant, though, that you’re fairly certain the sofabed was hosed down in between takes.

…followed by Alexis Brill. Both of these women are petite and slim and sweet and sleek and beautiful. Aside from Dona’s belly-piercing, however, there is a sameness to the two of them, both in their look and their performance, that makes it difficult to tell one scene from the other.

But then comes hoop-earringed Julia Roca. Roca defies the ancient Europorn stereotype of wearing nothing but bland facial expressions. Instead, we see big smiles and bright eyes. It makes her instantly more accessible, without one word of English being uttered.

Following Roca is the movie’s most famous performer, the French Lola Reve. As Reve is the movie’s lone blonde, she immediately stands out and her scene seems better by comparison.

Finally we head outside to the pool deck where we meet Carol Vega. Vega, from Uruguay, looks different enough (she bears a high-cheekboned resemblance to Dana Dearmond) and the slight change of location shakes things up enough, to make this scene as memorable as the whole of the rest of the movie. 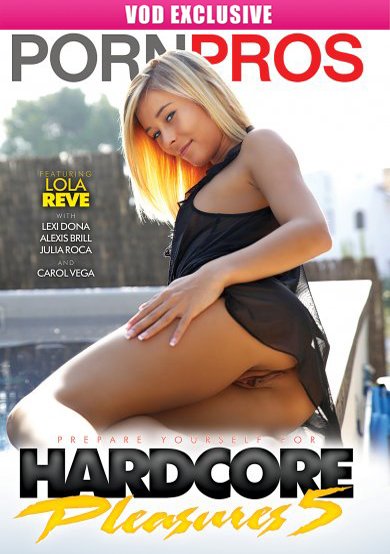