There is a reason Marc Dorcel has been around since 1979 — the studio has taken the time to create a formula by which stateside, English-speaking audiences can follow along with its stylish European debauchery by means of voiceovers. Come to think of it, it’s what Jacky St. James does in a lot of her movies, too, except her movies are all in English.

“It really was the best day of my life,” Manon’s voiceover chirps. “I felt like a princess.”

About two months into the marriage, Alex orchestrates a tryst between his new bride and Cindy (Anita Bellini), a girl the couple meets at a cafe. Alex, to his credit, doesn’t jump into their rendezvous, only watches. 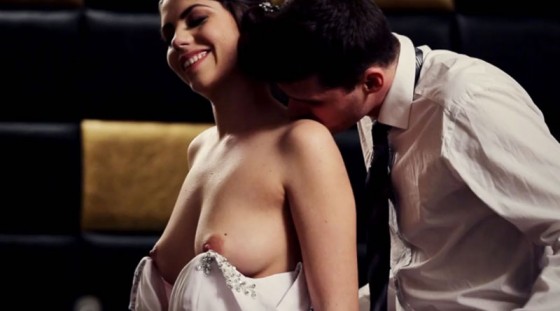 “Today I am a sexually liberated young woman,” my junior high school librarian says. “Alex and I have had many adventures.”