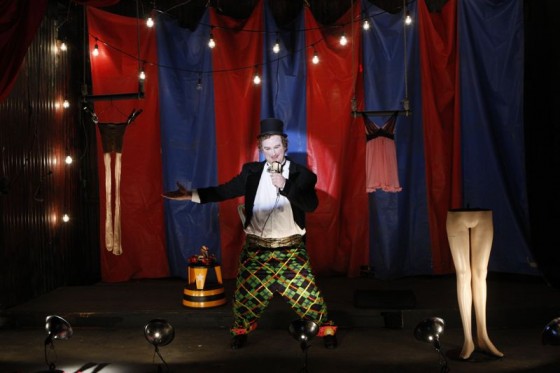 “GayKeith,” a 10-minute short debuting at the Downtown Film Festival: Los Angeles, is a three-ring circus of a movie that is always rolling between poignant and funny.

At that point in my life, the majority of my free time was spent trolling Craigslist Casual Encounters in a tiny darkened office in the back of my house…

I placed ads, answered ads, swapped dirty pics and dirtier emails, all while exploring every idea and fetish possible before exciting myself to the point of having to do laundry. Upon completion, I’d stare at my computer screen, spent and completely depressed and disgusted by the images that had turned me on just a few seconds earlier — from the story “Gay Keith” by Scott Edgecombe

Edgecombe, whose tale of being gay for 40 minutes one Christmas Eve in North Hollywood is bittersweet in more ways than one, says he does not have an internal censor, and that he is rarely, if ever, mortified.

“Sometimes I’ll finish telling a story about myself and it’s only about a minute after I’ve stopped talking that I realize I must have really shocked someone,” he says. 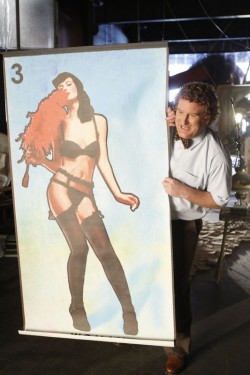 Edgecombe spent 15 years in Los Angeles trying to get acting jobs before he returned to his native Toronto. While he never became famous here (“Why is Seth Rogen getting all my parts?”), he seemed to weather the downside of the quest for stardom in the amicable way Canadians have while building up the type of short-on-salary, big on one-time-only skills resume common to the out of work actor.

“Among other things,” Edgecombe says, “I was a manny. I took care of my friend Leslie’s son.”

Leslie is Leslie Hope, a fellow Canadian, documentary filmmaker, and actress in series ranging from “Knots Landing” to “24” (she played Jack Bauer’s doomed first wife, Teri) to “The Mentalist.” She also directed “GayKeith” and adapted the story.

“Scott always told stories,” Hope says, “and he was encouraged to write some of them down. He gave me [‘Gay Keith’] and I just bought it.”

“You mean you believed it?” I ask.

“So my first real acting job in 15 years — ” says Edgecombe.

” — and I was essentially living right around the corner for all that time — ” says Edgecombe.

Contributing the carnival-like soundtrack was yet another Canadian, Jeff Danna, whose scoring work includes the great soundtracks to “The Kid Stays in the Picture” and Terry Gilliam’s “The Imaginarium of Dr. Parnassus.”

“[“GayKeith”] was a really cool movie to work on,” Danna says. “Maybe because it was such a small project, there weren’t so many cooks in the kitchen that the fun was dissipated.”

Edgecombe and Hope aren’t sure where “GayKeith” will go; whether it will be developed into a feature detailing Edgecombe’s other L.A. adventures or expanded to a series.

“There’s so much behind the scenes in this little story that I think it wouldn’t hurt to explore it at length,” Hope says.

It’s true. And what someone else might relate through the lens of despair, or at least as a cautionary tale, in “GayKeith” comes off as another intriguing party performance that is as sweet as it is uncomfortable.

After Edgecombe disappoints his host, he says he’s sorry, gives Gay Keith a hug, gets in his car, and goes for the tin of Altoids.

I started to laugh uncontrollably. “I’m not gay,” I said aloud. Sure, I still had a bad taste in my mouth, literally, but at least I was now absolutely certain about one more “what if” in my life. Some of my gay friends think it just may not have been the right guy, but you don’t hear me telling vegetarians they haven’t found the right meat.