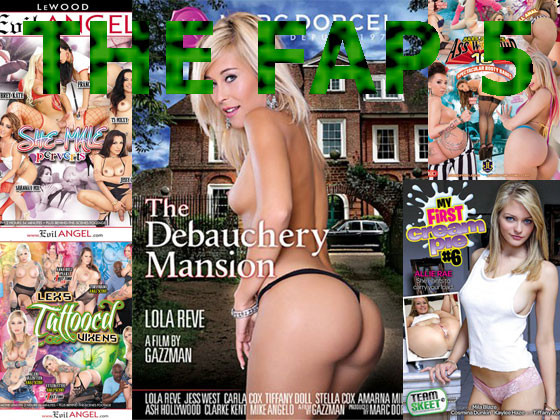 Number Four this week travels to Eastern Europe to a glorious home the producers probably rented for like five bucks: It’s

Our Fap 5 Threeway is up from Number Four last week and involves one of my favorite terms in pornography, art, politics, and religion: It’s

Debuting at Number Two is the latest installment in a beloved series about the ass:

The first image that caught my eye on this ass-tastic cover was that of the sassy and assy Anikka Albrite, but then when my eyes adjusted to all the ass I spied the ultra-bendy Mia Malkova right up there in the top middle and knew that that was the scene I felt compelled to see. IT WAS ALL WORTH IT.